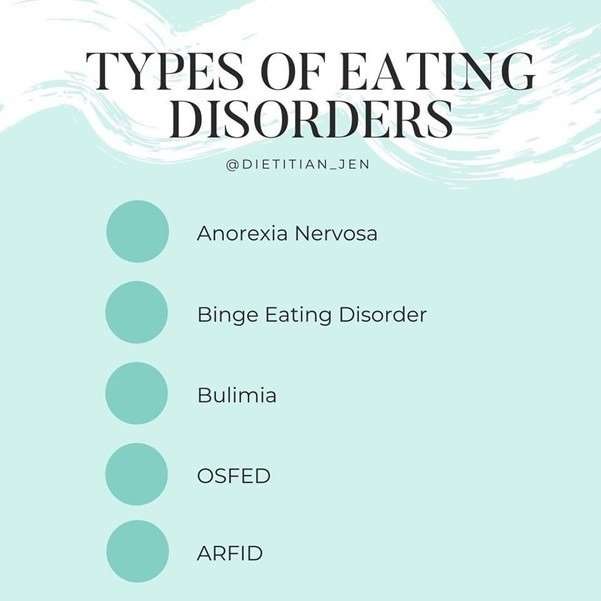 All eating disorders are serious mental health illnesses classified by the DSM-V.

If you or someone you know have any of the following, please do seek help.

Is a condition whereby individuals binge (by eating lots of food) and then compensate by forcing themselves to vomit, excessively exercise, fast, or sometimes even take diuretics or laxatives (purging).  Binge eating is often a result of many difficult emotions. As with anorexia, individuals with bulimia often focus on their body’s shape and size and may see themselves as being much larger than they actually are.

Is similar to bulimia however, binge eating episodes are not followed by purging. Binge eating often feels uncontrollable for someone suffering with BED. A binge-eating episode can include eating an uncomfortable large amount of food often when the individual is not hungry, followed by feelings of guilt and shame after the binge. Binge eating may be planned in advance when individuals buy specific foods to later binge on in private when they experience difficult or overwhelming feelings.

Other specified feeding or eating disorder is different to anorexia, binge eating or bulimia as the individual may not present all characteristics associated with those eating disorders. Some examples of specific OSFEDs include atypical anorexia, bulimia of low frequency or duration, purging disorder and night eating syndrome. As with all eating disorders, OSFED is not about the way a person views food but more so a reflection of underlying thoughts and feelings and a way to impose control. Physical signs are harder to catch in individuals with OSFED so it is important to recognise associated behaviours as early as possible.